Moreni at the rear side of Sofia Ring Mall

Planex Invest is building a residential complex on Danaos’s land at the rear side of the Ring Road Mall. The investment is EUR 30 mln.

At the first sod ceremony of Sofia Ring Mall in March 2013, the Greek investors announced that IKEA store and the future shopping centre would be just the beginning. The plan is for Sofia Ring to develop into entirely new residential quarters at the rear of the mall and neighbouring Simeonovo, south of the Ring Road: with housing, offices, a hotel and restaurants. Presently, is the time frame for the houses and condominiums project. The Bulgarian company Planex Invest is the lead investor; the Greek owner Danaos will be reimbursed for the land.

At the end of the summer, the Greeks submitted an investment intention, and EIA (environmental impact assessment) procedures were initiated, along with land conversion procedures at the Ministry of Agriculture, Food and Forestry. Eng. Plamen Andreev, the owner of the registered in Varna Planex Invest, confirmed to Capital the future construction of homes at the rear the mall in partnership with Danaos. By the end of the year, it is expected the procedures to be completed, and at the beginning of next year the construction of 13 multi-family apartment buildings, 26 semi-detached and 13 single-family houses to commence.

“I don’t think anything like this has been done in Sofia so far, nor there is anything similar set in for the rest of the new projects. This is a combination of low-rise housing with buildings in a large area. That is my concept. We have been working on this project for two years now ensuring specific land development plans, land consolidation, wastewater treatment facilities. We are already in the finals”, the owner of Planex Invest says.

Moreni is located in a park with lakes

Moreni Club Residence is set up on 90.9 decares of the vacant Danaos land south of Sofia Ring Mall and IKEA store. The built-up area of low-rise buildings will be only 13,580 sq. m. The remaining 77,220 square meters will be a park. There will be 600 sq. m of artificial lakes within the residential complex as the subterranean river was brought to the surface for the purpose. The traffic would be directed along an outer service drive, thus connecting the urban infrastructure with underground car park. There would be no cars within the habitation area. The residential green alleys network of 2500 m encompasses sport lanes, walk zones and jogging stops such as outdoor fitness areas and playgrounds.

The name Moreni has been chosen for two reasons: it contains the word more; the buildings will be situated on the terrain like moraines, i.e. free, with east-west-south exposure and panoramic view to the Vitosha mountain, letting the airflow unhindered. We wanted to avoid the standard orthogonal (rectangular) notion of ​​urban planning, layout and buildings design, Andreev explains. The team of E-Arch Studio, with a leading architectural designer Martin Hristo, joined the project with a clear assignment, Andreev remarks.

The combination of natural materials like stone, wood and glass in the buildings’ construction is deliberately sought after. They will be monolithic, with reinforced concrete construction and Porotherm bricks. Air conditioning and central gas heating with multi-split systems and heat pump units is provided for all properties at the complex. There is no sewerage system in the area. Domestic wastewater and rainwater harvested from the drainage of the alleys will be discharged to two local treatment plants.

Moreni is a closed-type residential complex with gated fences, comprehensive security and access control solution, with enclosed areas to hide unsightly dumpsters, and smart facilities management services. “I have been in this business for almost 30 years. Planex Invest has created similar projects on a smaller scale – with respect for nature and a unique approach to the built-up terrain. Moreni is a step forward”, Plamen Andreev says.

Planex Invest presented its concept to Danaos Development during their first meeting at the end of May 2017.  “Most likely, there were talks with other potential partners before us. There were other construction ideas”, Plamen Andreev says. “My proposition was quite different in philosophy: construction, environment, living conditions. Danaos as landowner obviously liked it. Even though we did not have a previous history of collaboration, within a few hours we came to an agreement signing a protocol of intent and started negotiations, Andreev adds.

Planex Invest is an investor in the partnership project with its assets and know-how. Danaos provides the land. The Greek company receives specified square meters of the built-up area: a fixed percentage of the future buildings, in exchange for the granted building lease. (According to market information, this percentage is below 30%). All properties are for sale. The contract authorises Planex Invest to sell Danaos’ property as well.

Moreni and the environment

“Project location in an urbanised area and construction planning is consistent with the fact that the area is a buffer zone between the city and Vitosha mountain”, Andreev comments. There is a public rights of way for Moreni Club Residence for the future crossing of the lift route. It should connect the current starting point of the cabin lift to the future metro station opposite Sofia Ring Mall. Danaos has granted to Sofia Municipality a gratuitous right of use for the building the metro station anticipating that the facility will make the project more attractive.

Commitments for building the local infrastructure are on behalf of the investor. “We receive the full support of Sofia municipality in the initial projects’ coordination, and at this stage this is enough. It is my firm belief that after the completion of Moreni Club Residence and some other similar projects, this will be the best place to live in Sofia”, Andreev says.

The River Park project of Real Estate Developments (RED), a subsidiary of the Netherlands-based Dynamic Group, was recently announced. It envisions the construction of 352 houses on 215 decares east of the starting station of the lift. In addition to the approved land development plans for the Danaos lands, there are at least three more land development plans for the area. The first one is issued to arch. Georgi Angelov for a country estate zone Simeonovo-North. It is an extension stretching on 354 decares to the west of the roundabout to Sofia Ring Mall, and the road to the lift. The second one is issued to arch. Ivan Moev for 350 decares in the country estate zone Simeonovo-North for the area around starting station of the lift. The third land development plan is issued to arch. Ivan Velchev for 560 decares for the area stretched out country estate zone Malinova Dolina to Bistrishko Shose. All of them provide for low-rise construction. 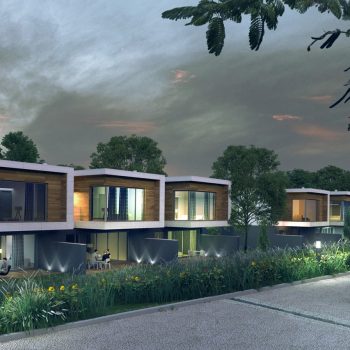 Moreni Club Residence at the Foot of Vitosha Mountain

Moreni Club Residence is the new Planex Invest's project in Sofia. Moreni illustrates best our respect for nature and our… 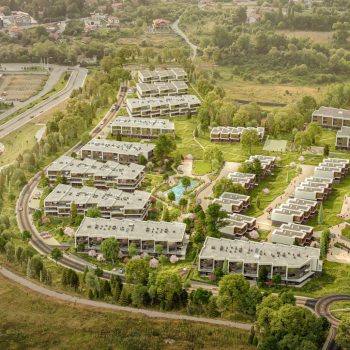 Moreni at the rear side of Sofia Ring Mall